Somewhere online recently referred me to 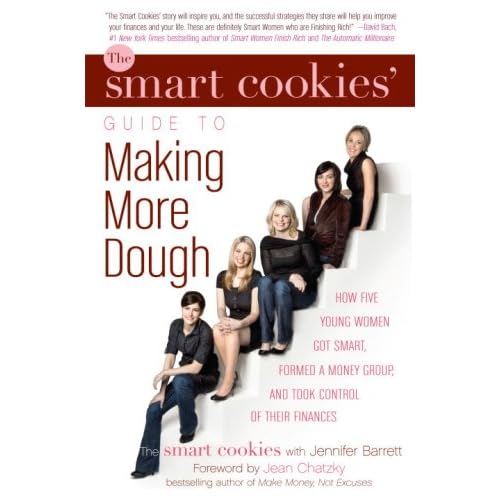 I’m not much of one for reading finance books but I was sucked in by the demographic appeal–young women talking about money.

From that perspective, I think it’s a good thing. Among my friends we discuss money casually–not with any focus and I think many of us encounter a perception that it’s something we “should deal with more when we’re settling down.” Granted, many of us are at the settling point but waiting for some future life plan isn’t a good excuse.

And the book provides pretty decent worksheets, some good basics on investments, and it might help get women talking.

However, I nearly gave up half way through the book because of how pretentiously glamorous and idealized it seemed. When they’re fussing about Betsy Johnson gowns and $1500 wardrobe budgets per quarter–it raises a big red skepticism flag. Then they added in thoughtless phrases like “You should just swap clothes with your friends like we did because we’re all the same size!” Of my closest friends, I think Dee is the only one I’ve ever been able to borrow a pair of pants from–and that was a one night emergency with a pair that she said didn’t fit her well. The Blonde and I have shared costume jewelry once or twice and a pink newsboy cap but “borrowing clothes” for me generally has involved grabbing a sweatshirt from one of my guy friends when I didn’t dress quite as warmly as I should. And while I recognize these women were in a major metropolitan area, the salaries being quoted seemed pretty high on the median. The book was trying to be too Sex and the City (insert Money for Sex) for me.

The Verdict: There’s a place for it, there are some useful tools and hopefully it might inspire some young women to be more financially capable and responsible. But know that you’re going to be wading through some pretentiousness and designer conscious mentality.